The INQ Mini 3G connects using miniUSB, which is an odd choice considering the industry is quickly drifting towards the microUSB standard. Given the phone is so dinky we would have expected a. 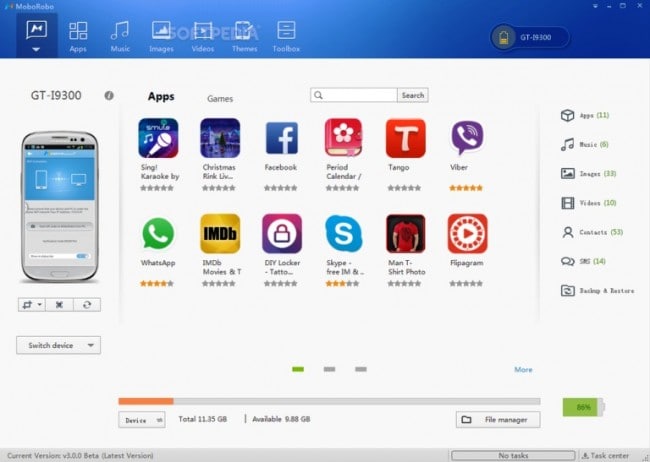 These are the Facebook phones that have been rumored to be in development for the last several months.

For the record, as INQ Mobile pointed out to eWEEK, these are not official Facebook phones and were never intended to be: The INQ Cloud Touch and Cloud Q smartphones do not have the Facebook brand.

However, INQ Mobile did admit it worked closely with Facebook to 'design a deep, pure experience of the social network into the heart of the phone.'

Specifically, the home screen on both the Cloud Touch and Cloud Q is a visual Facebook feed that allows users to scroll and click through friends' updates, pictures, videos and Web pages. Updates are made fluid by integration with the Facebook social graph API, and Facebook single sign-in is activated across the phones.

There are also one-touch links to Facebook Chat, friends, messages, wall and notifications, and users can check in to their businesses and other locations from the devices' home screens via Facebook Places screen.

Facebook Events fully integrates with the Google Calendar on both devices, which are a bit different from an input standpoint even though they share most of the hardware specs.

The INQ Cloud Touch offers a 3.5-inch HGVA touch screen, while the INQ Cloud Q offers a 2.6-inch touch screen with a slide-out QWERTY keyboard. Both feature Spotify as the default music player, accessible from a dedicated hardware key, and both will be upgradable to Android 2.3.

INQ Mobile CEO Frank Meehan told AllThingsDigital he is mulling a launch in the United States but has no firm plans. TechCrunch received a demo of the device from INQ Mobile.

One of the most intriguing rumors to surface concerning Facebook in 2010 was the supposition that the social network would launch a phone tailored for its users. Facebook was allegedly teaming with INQ Mobile to build a branded smartphone with deep integration into the handset's contacts list.

Facebook CEO Mark Zuckerberg denied his company would ever produce a phone, but acknowledged it could work with hardware makers to get the Facebook experience right on handsets.

This statement now appears to be exactly the case for the INQ Cloud Touch and Cloud Q smartphones.