I2C Studio 4.1 is available as a free download on our software library. The latest version of the software is supported on PCs running Windows XP/7/10, 32-bit. This free software is an intellectual property of telos EDV Systementwicklung GmbH. The following versions: 4.3, 4.1 and 4.0 are the most frequently downloaded ones by the program users. I2C-Bus: What’s that? The I2C bus was designed by Philips in the early ’80s to allow easy communication between components which reside on the same circuit board.

The I2C bus was designed by Philips in the early ’80s to allow easy communication between components which reside on the same circuit board. Philips Semiconductors migrated to NXP in 2006.

The name I2C translates into “Inter IC”. Sometimes the bus is called IIC or I²C bus.

The original communication speed was defined with a maximum of 100 kbit per second and many applications don’t require faster transmissions. For those that do there is a 400 kbit fastmode and – since 1998 – a high speed 3.4 Mbit option available. Recently, fast mode plus a transfer rate between this has been specified. Beyond this, there is the ultra fast mode UFM, but it frankly is no real I2C bus.

I2C is not only used on single boards but also to connect components which are linked via cable. Simplicity and flexibility are key characteristics that make this bus attractive to many applications.

Most significant features include:

Looking for I2C tools and software?

Whether you need a high speed I2C solution or a USB I2C interface, whether you want to monitor the bus or need a software platform for your own application, we can help you!.

Good things come in threes: smartLAB will be back for a third season at LABVOLUTION 2019. Germany's Lower Saxony state government has given confirmation of funding, paving the way for a 2019 edition this immensely popular showcase on the intelligent laboratories of the future. While the government decision marks the official start of the project, preparations for the showcase have been ongoing for some time, and the organizers can now announce that smartLAB 2019 will put the spotlight squarely on integration and interactivity, both with respect to the technologies on display and the visitor experience.

If you've ever wondered what tomorrow's intelligent laboratories might look like, chances are you will find the answers you're looking for at the LABVOLUTION smartLAB showcase, which has been at the forefront of the latest laboratory technologies and trends since 2015. A key part of smartLAB's unique appeal has been the way it combines market-ready applications with forward-looking vision. Supported by a core group of regular partners and several new ones, next year's smartLAB III will take the 'intelligent laboratory of the future' theme to the next level. The showcase has become a mainstay of LABVOLUTION, Europe's flagship fair for innovative lab equipment and laboratory workflow optimization. A joint project by science and research organizations and industrial companies, smartLAB has built a worldwide reputation as a forum for dialogue and a driver of digitization in the lab sector. 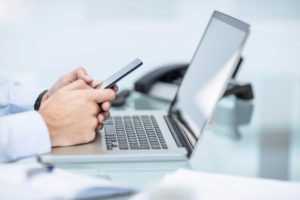 'We are delighted at our partners' unwavering commitment to seeing this very special project continue,' said Dr. Andreas Gruchow, a member of the Managing Board of LABVOLUTION's organizer, Deutsche Messe. 'And now we also once again have the financial backing of our state government. This fantastic support gives us added confidence as we continue our preparations for LABVOLUTION 2019, which will have lab automation, digitization and integration as its keynote themes.'

Sabine Johannsen, Lower Saxony's State Secretary at the Ministry of Science and Culture: 'We are very pleased to support the smartLAB project for the third time running. It's a model example of a multi-stage research project that achieves the all-important linkages between fundamental research, applied science and communication. smartLAB also shows how an interdisciplinary approach can help science-based industries, such as the chemicals industry, come to grips with the challenges and opportunities of digitization. All this makes the project an important catalyst for the future development of the lab technology sector as well as a key driver of added value.'

Preparations for next year's smartLAB are already in full swing. The Institute of Technical Chemistry at the Leibniz - University Hannover (TCI) will once again head the joint initiative. 'smartLAB III will feature many innovative new elements,' explained Sascha Beutel, smartLAB Project Coordinator at TCI. ' We will make full use of the latest technologies – basically everything from interactive media and AR applications to the latest generation of VR headsets and drones – while ensuring that we meet our objective of creating a fully functional ‘Lab 4.0' at LABVOLUTION.'

The list of partners highlights another key benefit of the joint project: its role as a catalyst for collaboration – as a platform that allows competitors to come together to jointly drive digital transformation of laboratory technology. Open collaboration between partners from research and industry fosters the development of integrated and interoperable lab solutions. This touches on another key objective of the project: to establish shared standards. For 2019, the project team is planning to standardize the lab's IT infrastructure even more, to further optimize its modular, integrated design and to introduce interactive communications solutions, such as touch projectors and Amazon Echo.

Getting even closer to trade visitors

One thing that is clear from past LABOVUTION shows is that the visitors like to interact with the exhibits. That's why the project team is planning to expand the interactive sections of the smartLAB display in 2019. The team is likewise significantly expanding the scope and duration of smartLAB's use case demonstrations. About 50% of the trade visitors who attended LABVOLUTION 2017 visited the smartLAB display at least once during the show, and about 20% returned to the display three or more times.

Unlike the other LABVOLUTION displays, the smartLAB showcase didn't cease operations on the final day of the show. Instead, it was transferred straight to the on-site Deutsche Messe Technology Academy, where it has attracted numerous delegations and served as a venue for numerous industry and political events ever since. The smartLAB II display's final event will be a function by the German high-tech industry association SPECTARIS at the end of July. Straight after the function, the lab will be dismantled and moved to Leibniz University where it will be transformed into smartLAB III.

The next LABVOLUTION will be held from 21 to 23 May 2019, in Hannover, Germany. LABVOLUTION is Europe's flagship fair for innovative lab equipment and laboratory workflow optimization. It covers every aspect of laboratory work, from the life sciences to analytical chemistry. Its displays feature the full spectrum of equipment and infrastructure for research, analysis, production and training laboratories in the chemicals, pharmaceutical and life sciences industries, as well as in the environmental, food, bioanalytics and R&D sectors. LABVOLTUION grew out of and replaces the long-established BIOTECHNICA show, and several areas of its lineup, including, most notably, the BIOTECHNICA Forum, have a strong focus on biotechnology and biotech research. LABVOLUTION is an international platform for discussion on current themes and trends, including Lab 4.0, laboratory workflows and bioanalytics, and delivers further added value with an array of knowledge-transfer, networking and continuing professional development events. LABVOLUTION is staged in Hall 19/20 (adjacent to the NORD 1 entrance) at the Hannover Exhibition Center.