For a number of years LG supplied a range of touch monitors fitted with a resistive touch monitor from a touch company called ITM. These were models T1510, T1710, T1910 and 1730 - there may be others. Over the course of the relationship between LG and ITM they used 3 different touch devices such that when viewing the device properties (under various OS) you could see one of three USB vendor id's; being 16E3, 403 or E316. They all showed the same product id of F9E9.
Until mid 2012 we had a license agreement with ITM such that they could supply our driver with their touch devices. Depending on the version of the driver supplied the device will be listed as 'ITM, LG, USB' or just 'USB'. However in mid 2012 LG switched to using a different touch screen on these monitors and our agreement with ITM was cancelled as they were no longer supplying in bulk to LG.
Although we are unsure of the supplier to LG of the new touch screen we can see that when viewing the device properties of the touch device it is reported as being manufactured by Reakin, model number TS2009F, USB vendor id of 16FD and product id of D091 so we have added support in our driver for this device which is called 'Reakin, TS2009F, USB'. The new touch screen is HID compatible and as such should work with the HID driver in Windows 7 once calibrated using the Tablet PC option in the Windows control panel. Under XP the touch will work but may be uncalibrated.
Examples of how to view the device properties are here; Windows, Mac, Linux.
The confusion arises in that in some cases the old driver is being supplied with the new touch screen, or users are replacing / repairing LG monitors and receiving the new touch screen and wondering why the UPDD driver no longer functions.
The final version 4.1.10 driver we supplied to ITM can be downloaded from here:
http://touch-base.com/downloads/Production/ITM/setup.exe
This works for windows XP through to Windows 7. Please note that LG seem to still be shipping UPDD 4.1.6. This is quite an old version and has an issue when uninstalled on Windows 7 as described in our Windows driver documentation:
Very important note: With any UPDD version 4.x.x prior to 4.1.8 the uninstall process removes the UPDD entries from the Program Manager menu from the low level updd menu item entry back thro’ the program Manager tree until an error is issued that the top level menu items cannot be removed. Under Win 7 no such error is issued and custom user icons are removed from the high level menu. A system restore is needed to restore the icons. Therefore, please avoid using the automatic uninstall on Window 7 unless using UPDD 4.1.8 or above.
Should you require an upgrade to the ITM driver, such as to UPDD version 5 that supports Windows 8, we can offer an upgrade cost of 50% discount on our published prices. Prices for drivers for the new touch device are as published.
To support either device in systems whereby the HID driver does not correctly support the touch device (i.e. Win XP, Mac OS X, Linux, CE, Solaris etc) you are likely to require drivers which we can supply. Trial drivers for either device is available from our download centre.
Finally, to confuse things further, the touch screen used on the Dell ST2220T monitor is listed as a LG, Multi-touch, USB device and this is a totally different touch device altogether. We do offer drivers for this device which we list as 'Dell, ST2220T, USB'.

In our early days we developed driver software for DOS, Windows 3.1 and OS/2. Microsoft then released 95, 98 and NT and at the same time white papers were published about future driver standards and requirements and also the support for plug and play and HID class devices. Taking into account the emerging driver standards and aware of the functionality we wanted to offer in our drivers we set about designing the driver we distribute today called UPDD. This stands for Universal Pointer Device Driver and refers to the fact that the driver is available for many operating systems and supports nearly all known touch controllers ever manufactured.

The main features of the latest UPDD driver are as follows:

UPDD driver is distributed by many touch manufacturers and system integrators to support their touch products.

As an end user we can build and supply a driver to support your touch hardware in use for most operating systems. 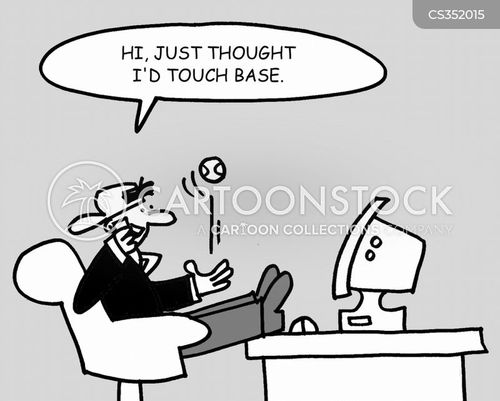 As a touch manufacturer we can supplier an OEM version of the driver for distribution with your touch products.

As a system integrator, possibly utilising touch hardware from a variety of touch suppliers, we can supply a single driver to support all touch hardware in current use extendable to support new touch products as they come to market.

In addition to our driver offering we also make available, free of charge, a fully comprehensive software development kit (SDK). Traditional touch usage has been through mouse emulation and this remains the case with most commonly used desktop operating systems. However, in some circumstances mouse emulation is not the best interface and the UPDD SDK allows programs, via the UPDD Application Programmers Interface (API), to directly interface with the driver (and therefore the touch hardware) to cater for those situations where mouse emulation is not suitable.

Whatever your touch driver requirement we believe that UPDD will satisfy your needs.